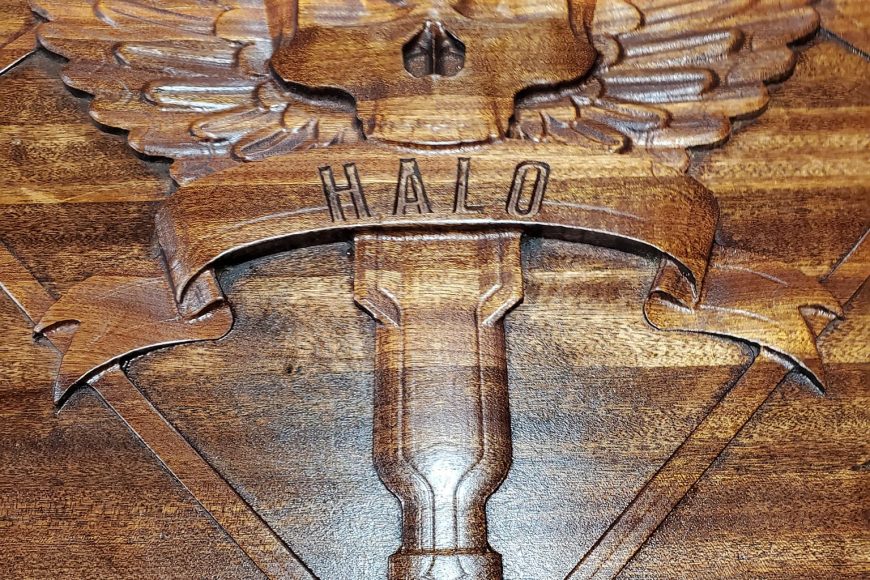 I was approached and commissioned to create a table from genuine mahogany that measures at least 30″ and no more than 36″ in diameter and that depicts the device of a MARSOC unit I’ve never heard of before.

I had to design and implement the device in proper proportions, but it was a success.

Getting the mahogany to lay down properly was a trick. The material I had on hand was twisted, warped, and split. From a massive piece that’s been sitting in the rack for a long time, I was able to pull 2.25″ square staves 38″ long from it in sufficient numbers to construct the table. I didn’t like this woods grain and it’s propensity to twist yet more, so I machined cross staved through the bottom from an extra main body stave and inset them on inch deep into the main body. This will cure that from happening!

I like this kind of work… it’s satisfying. It’s also satisfying when the client is extremely pleased with the outcome!

This guy measures 22″x13″x.75″.    The American Flag is ‘tacticool muted’ in color and has a USMC Seal carved into the center.