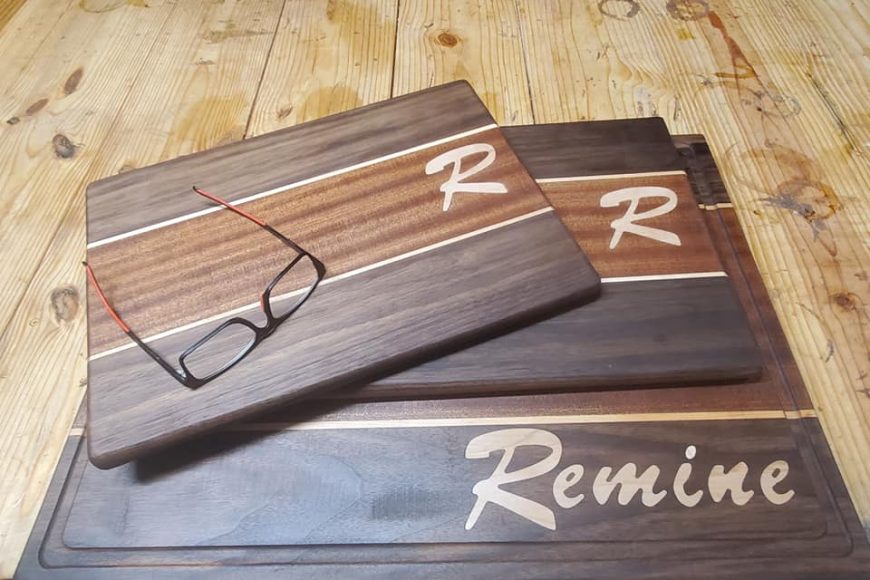 There are some things you can do to ensure your board or block lasts pretty much forever. They’re fairly easy, too…

NEVER SUBMERGE your board or block for more than a few seconds. A dunk is fine. Water attacks the glue that helps hold me together, and it softens the grains where they’ve been cut. Your board wants to serve you for as long as you’ll allow, and this is the biggest rule.

Almost as important- The Sun is not your board’s friend. It will dry the wood, cause discolor, and shrink the woods at their most vulnerable place- the unions. The sun, for a sustained amount of time, will wreck your board as quickly as submerging in water will.

Your board loves being wiped down with water- warm, cold, tepid; it doesn’t matter. Keep it clean and it will serve a lifetime. Even soap and water won’t hurt it so long as the soap isn’t allowed to dry.

Food safe oil will ensure a lifetime’s service. An oil such as Walrus Oil, or Howard’s Oil is great- as they’re infused with bee’s wax, which traps the oil deep in the grain. You can use mineral oil, too. So long as you oil your boards down once a month or after every other heavy use, it will last near forever.

A good food safe Wax is also a great practice to ensure lasting luster and defense against the grain opening. It’s easy as can be- not much different than waxing your vehicle. You can wipe it on- wait for a few minutes, and wipe off the excess- done.

Re-Finishing my boards is easy. Sand them. They’re plenty thick, and the inlays are no less than 1/4″ deep which means you’d have to do a lot of sanding to remove them. Start with 120grit sandpaper and go against the grain. Then, go cross grain… Finish by going with the grain before moving up to 180grit and starting over again. Then, 220grit- same thing. After finishing with 220grit, ‘stand the grain’- which is to say: Wipe the board with a wet cloth and allow to dry. The grains will stand right up and remain that way, and will be easily felt with your palm or fingers… After it’s dry, move to 320grit paper- and this time preferably in a random orbital pattern. When this is complete, wipe the board with a clean dry cloth to remove excess dust- and then drench in board oil. Allow the board to absorb as much oil as possible- maybe even overnight (NOT submerged, but dripping is fine), and then wipe off what wasn’t absorbed with a clean towel- whalah- a good as new board.

Pro- tip with sanding: use one hand to operate the sanding block or device, and the other to hold a dry towel ‘chasing’ the sand paper. This removes dust/wood particles recently dislodged and disinvites differing color woods from staining each other!

All of the woods selected in the boards I’ve created are selected due to their toughness and resilience to use and age. Here is a brief list:

Sapele– some call it African Mahogany. I generally use ribbon cut as it captures and almost translucent quality across the grain. The stuff is hard… It tickles the Janka scale of harness around 1550, surpassing all of the Oak’s and Maples. Hickory/Pecan is the only common American wood tougher (it hits the scale at 1700ish). Sapele has a closed pore- or one so tight it’s not likely you’ll absorb much juice from food- which greatly mitigates it’s likelihood of spoiling. A coat of oil and/or wax will even further reduce this chance.

Black Walnut– isn’t the hardest of woods as it enters the Janka scale just under 1000. That’s okay, though, as I rarely use it as a primary surface to carve on. It is a flat out gorgeous wood, though, and has pores tight enough to make it good for this purpose.

Maple is likely the lightest colored wood I will use in a board/block. It’s a somewhat brittle wood- it has a tendency to snap as opposed to bend. It makes a perfect inlay material when it is protected on three sides. It also makes a great accent and merging material also because of it’s strength and likelihood of snapping. You’ll see it often in my boards between two dissimilar woods… why? Because in the unlikely event your board/block breaks? it can be mended to look like new by removing the maple and reaffixing the parts on either side of the new maple.

American Cherry is a slightly reddish (after finish) wood. It is durable and has tight pores like maple. It’s not excessively strong but it isn’t weak either, coming in at around 950 on the Janka scale, just like Walnut. I use cherry in every location on a board and do so confidently.

Brazilian Cherry is some kind of tough. I use this, when I use this, primarily as a main carving surface and generally on chopping blocks. The wood comes in the Janka scale around 2600- which makes it by far the hardest I use with the exception of some accent woods from time to time. When encountering an end grain with a knife, which is what differentiates cutting boards from butcher’s blocks, even the mighty Brazilian Cherry will yield to the blade- but…. it will close right back up… Which is what makes it so special and purposeful in use of a chopping block.

Oaks? I don’t use oaks… nor do I use Ash. It’s a shame in the case of ash as it’s fragrance is the best of all the woods I handle- almost as a cologne hinging on musk. Both, though, have huge open pores that invite juices from your foods to enter deeply into the material. I stay clear of it for this use for this reason. In defense of oak, though, it DOES have some anti-bacterial qualities other woods don’t- especially red oak. Just about all the oaks come into the Janka scale around 1100 and leave after 1400.

Hickory and Pecan are essentially the same wood. They’re both super tough and durable in use as either a cutting board or a block. I usually don’t use either, but… Sometimes I do. As mentioned prior, they enter the Janka scale north of 1700 and shy of 1800, which makes them hard to work with (but not as bad as Brazilian Cherry!) when using sharp tools. Unlike Brazilian Cherry Hickory/Pecan will tear out– which basically means the grain will pull adjacent grain apart before it will cut properly. In order to limit this, a specific water density has to be present (read: not fully cured). When Hickory/Pecan is finished, it rarely manifests in super smooth surface- but instead with tiny ridges across the sap lines. For boards intended to be ‘rustic’ this is fine- but it’s not exactly good for fine carving.